Shopware uses snippets for most static texts such as the labeling of the shopping cart buttons, which can be maintained in different languages. Individual texts like names or descriptions can be translated directly in the corresponding settings.

The system texts such as the Add to cart button are edited in the Snippets. You can find them in the administration under Settings > Shop > Snippets. Each language has its own snippet set. By default we supply the sets for English and German, which already contain all system texts in these two languages.

If you want to offer your shop in another language such as Dutch, it is best to duplicate an existing set. 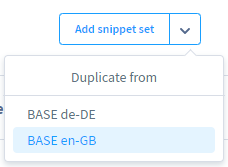 Then you can translate the individual snippets into the desired language. All texts that you do not translate immediately will make use of the duplicated set at first.

Alternatively, you can also visit our Plugin Store to see if there is already a language pack available for your desired language.

In addition to the fixed snippets, there are of course also individual texts in many parts of the shop that have to be translated. These can be article names, shipping names, payment names but also different description texts or worlds of experience.

For the individual texts Shopware uses the configured languages, which you can find in the administration under Settings > Shop > Languages.

The two languages English and German are preconfigured in the standard system. Further languages, as in this example Dutch, can be added by clicking the button Add language.

In the Shopware Administration you will now see a language selection at the top in every area where translations are possible.

With the help of a product we will show you how to create translations now.

First open the product overview and select the language in which you have created your product at the top. 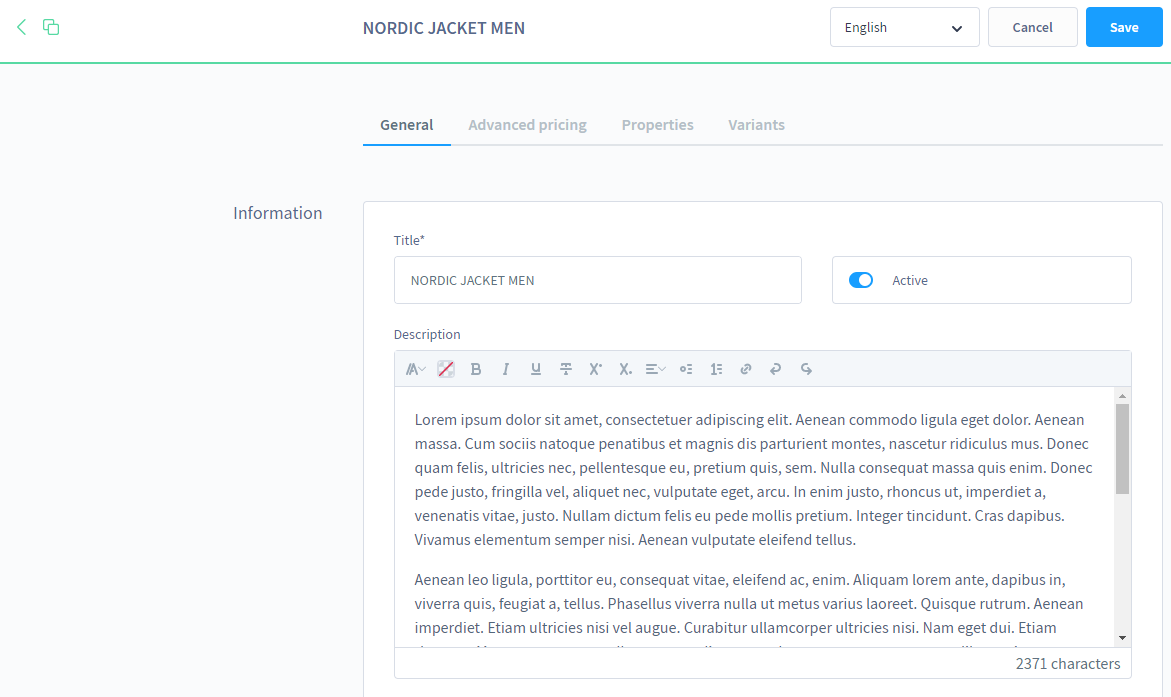 Now you open the details of the product you want to edit.

In the product overview, change the language selection at the top to the language into which you want to translate your texts. 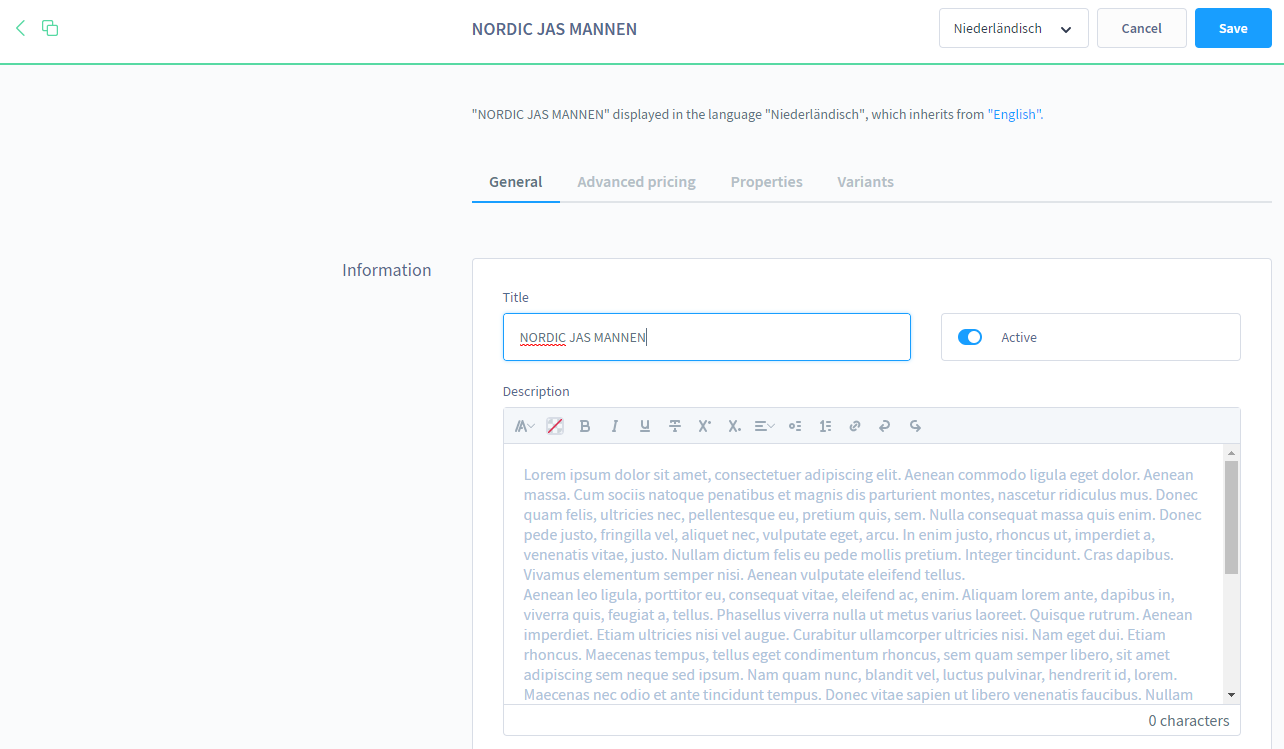 You will then be shown the language version of the product from the language you selected.
You can now translate all fields into the target language.
You have specified an inheritance when creating the language. As long as you have not yet translated a field, the content of the inherited language will be displayed there in a slightly grayed out font.

Was this article helpful?